FASHIONISTA
The Department of Fashion & Apparel Design releases a departmental magazine every year. The magazine acts as a ‘ Communique’ to all stakeholders. It chronicles the events including academic and extracurricular activities that are conducted by the department in an academic year.

The magazine is most sort after by the students as they can vent their perspectives by an article,an anecdote or by illustration by pictures. The magazine also tries to collate Articles collected by students on subjects like- Garmenting, Fashion, Lifestyles, personal grooming, Design articles etc which are collected and reproduced as they are with source details and name of the contributing student. 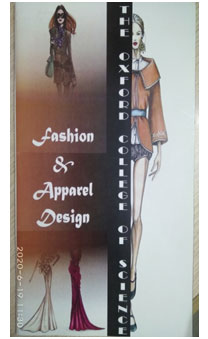 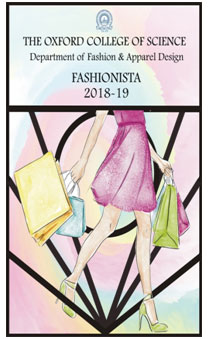 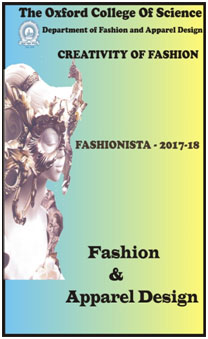 JEEVASPARSHA
Jeevasparsha is an annual newsletter released by the Department of Microbiology to showcase the achievements and innovations in all the academic and extracurricular ventures of the department. The first issue of Jeevasparsha in the year 2004 was received with great enthusiasm by entire institution. Through the years; it has been a silent spectator to all the activities conducted in the department. This newsletter is a milestone that marks our growth, unfolds our imagination and gives life to our thoughts and aspirations. It unleashes a wide spectrum of creative skills ranging from writing to editing and even in designing. 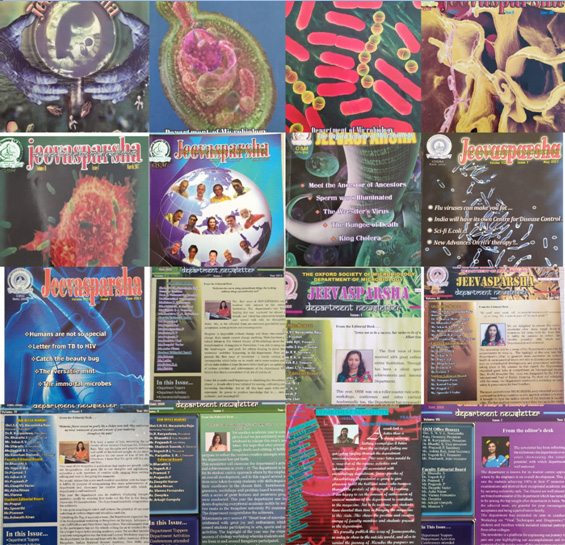 BIOVISTAS
Since 2005, The Oxford Biotechnology Society under the Department of Biotechnology is releasing its In-house magazine ‘Biovista’(Unlocking the Mysteries of Life) with an annual issue in which students are encouraged to display their creative scientific writing skills and publish their in-house project work. The Main focus is to share the major developments in the field of Biotechnology with increased participation from the student community. Each year the students and faculty members of the Department of Biotechnology bring out Publication. The Topics are always contemporary, well reached and lucidly presented. Each year Biovistas chose a particular theme and design their magazine with cover story of the theme and research and future articles about the particular theme. A student tends to get an opportunity to meet Entrepreneur of any Biotechnology Industry share their questions and tends to get educated through the meet. Final part of the magazine includes honoring of the star performer of the department during the academic year. Biovistas is mainly a connecting channel between the latest industrial updates, latest news and research work by the students. Some theme include genetically modified crops, Personalized medicine etc. 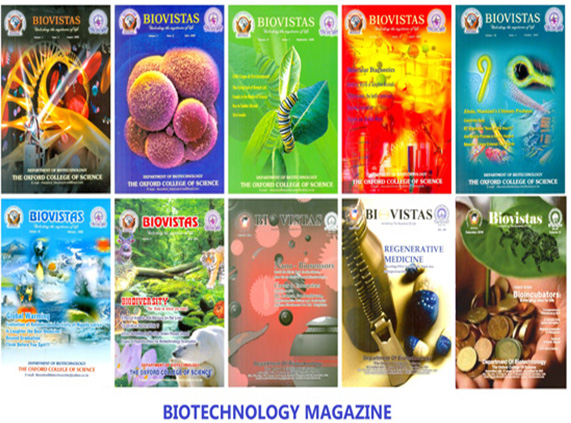 SANCHALANA
Sanchalana is an annual online and offline newsletter released by The Oxford College of Science which showcases the accomplishments of our faculty and students in that academic year .It also serves as a platform for the students to exhibit their artistic skills in the “Students corner” of the newsletter 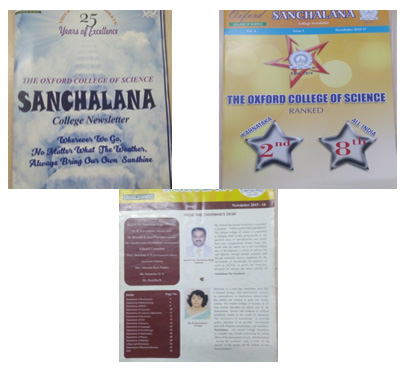 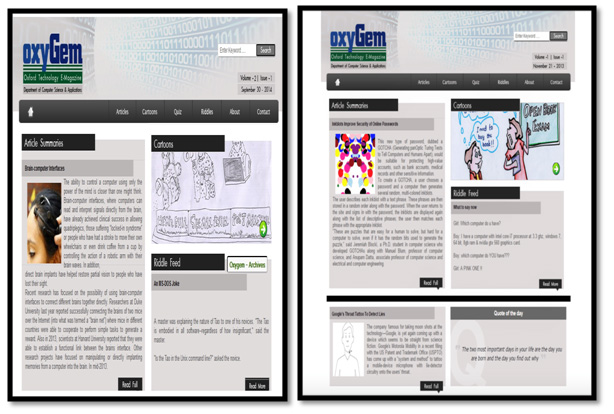 Literature related articles like Social Media Addict, Wannacry, Is current technology giving you anxiety ? , Trouble in my PC arefew of the articles published by Students. 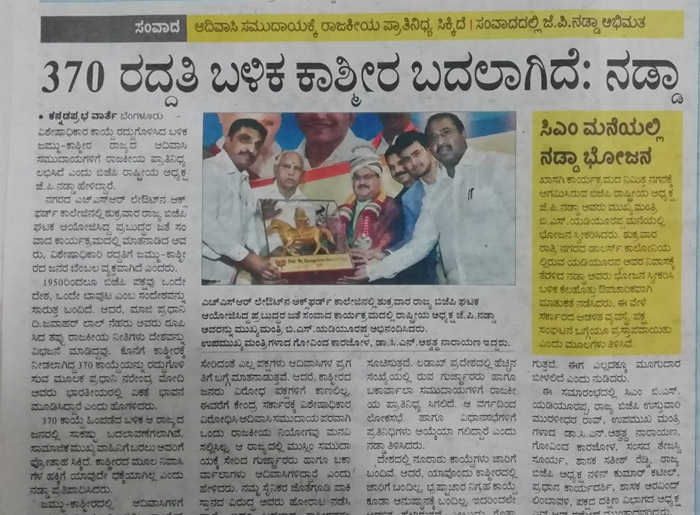 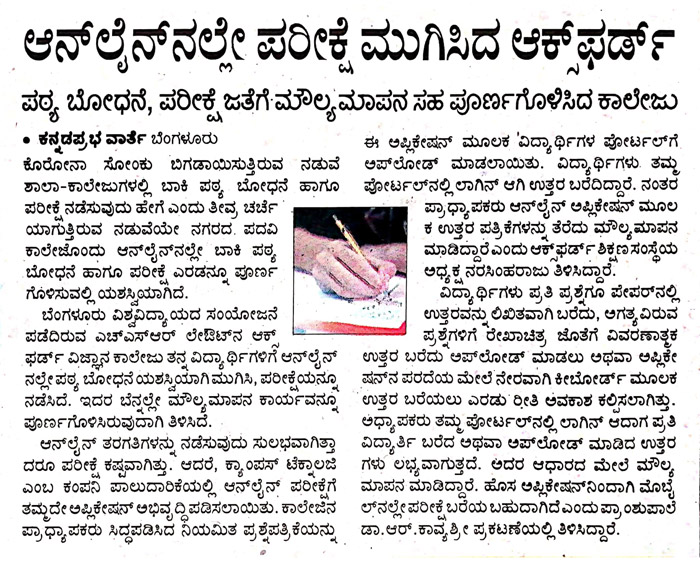 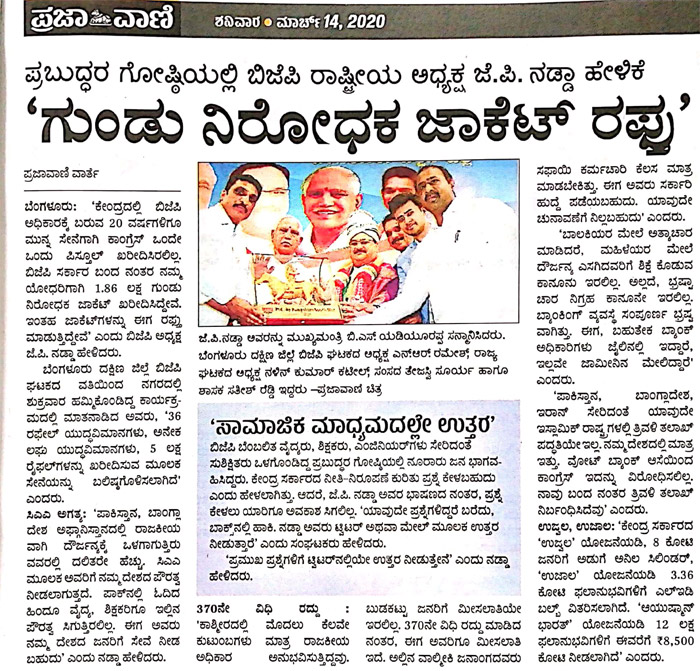 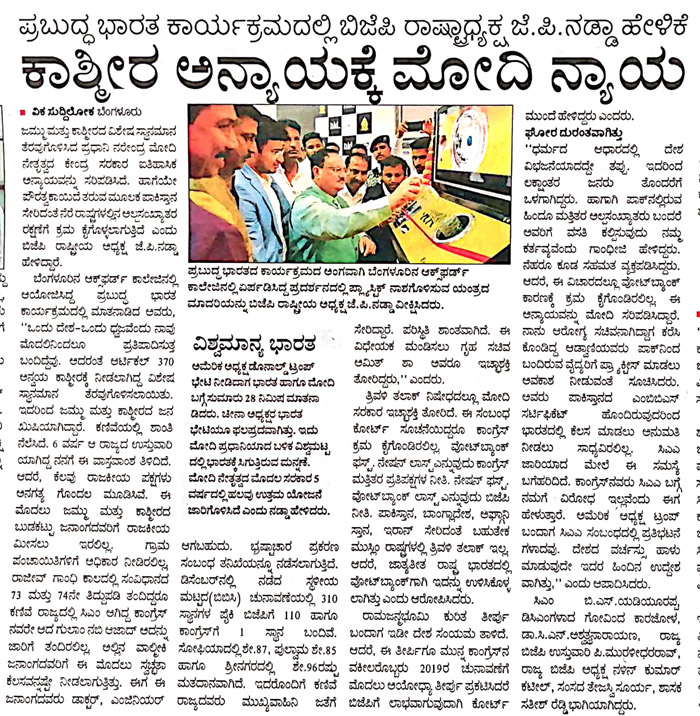